Apple Pay has been around since October 2014 in the US and July 2015 in the UK. More countries have followed suit since. It’s an Apple product so, as you’d expect, it’s intuitive and straightforward to use, right? Well, mostly, yes.

But I find a lot of people I talk to (really, a lot), don’t use it because they think the details are confusing or they get it wrong and it doesn’t work. Then, they don’t want that humiliation in the checkout line again.

Or it just takes too long to get in to the subway and people are tutting behind them.

This guide is for Apple Pay on iPhone as that’s the most popular way it’s used. I’ll follow up with separate guides for Apple Watch, iPad and Mac usage and for Apple Pay Cash.

I’ve peppered the article with questions I’ve been asked by others, so maybe they’re queries you have, too.

Apple Pay guides you to a data privacy screen.

Buy a new iPhone and as you set it up you’ll be encouraged to register for Apple Pay. It’s a cinch. If you’ve used Apple Pay already it’s mostly a matter of confirming you want to use the same cards on your new iPhone.

To add an extra card at any point, launch the Wallet app, and tap the white Plus in a blue circle in the top right.

Hold on, I don’t see the Plus symbol.

No? Then that’s because you have a ticket, pass or other item at the top of your Wallet. Tap that ticket and it’ll vanish back into the pile, revealing any cards you have already registered and you’ll now see the Plus.

The Wallet screen where you can add another card.

After the screen which talks about data privacy you may see details of a previously registered card. If that’s not the one you want, choose Add a Different Card which will take you to a page where the iPhone camera is active and you’re encouraged to ‘Position your card in the frame’.

Hold your card in front of the camera and with a process that’s almost like magic, the iPhone will read your card number. It may also capture your name and the card’s expiry date or you can enter these manually. You’ll need to enter the card verification number (three digits from the back of the card or four on the front)

The app will check with your bank and seconds later you should be good to go.

Before we go any further, why shouldn’t I just use my credit card?

You can, of course. But note that one of the flexibilities of Apple Pay is you aren’t always constrained by the same maximum payment limits that a contactless Tap and Pay card is.

In the UK, for instance, the upper limit is £30 but at some retailers this doesn’t apply to Apple Pay, so you can pay for your weekly shop in certain supermarkets or a new iPhone in the Apple Store, for instance, without needing to get your credit card out and enter your PIN code.

And if you find you’ve left your wallet at home, then you’ll be mighty glad you learned to use Apple Pay!

Okay, okay, but just tell me how does it work and how secure is it?

Many smartphones include near-field communication (NFC) chips and when the one in the iPhone is held near a card reader it works just like a contactless debit card.

It’s secure, not least, because your card number isn’t stored on your iPhone or shared by Apple. Instead a unique Device Account Number which is encrypted and stored on the phone. 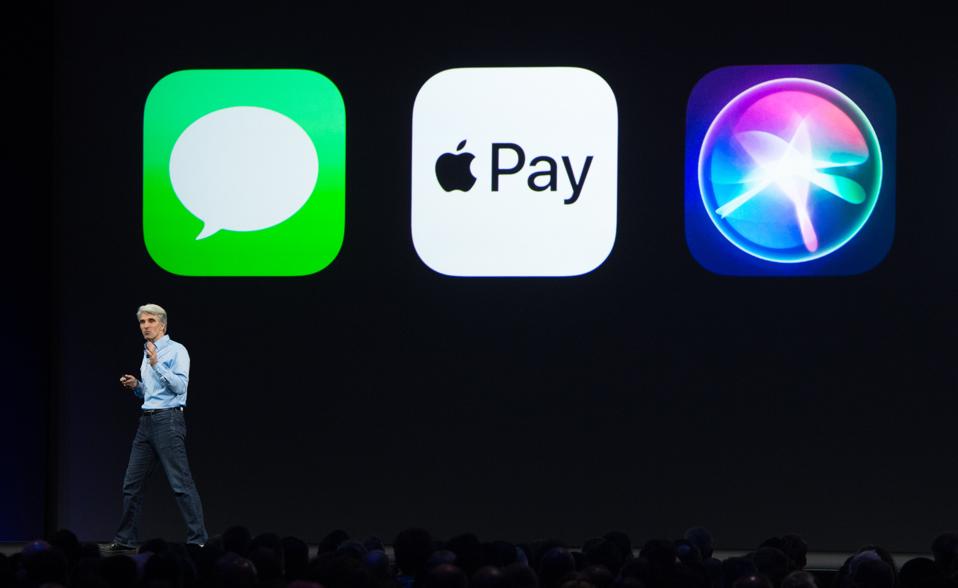 If you have an iPhone 6, 6 Plus, iPhone 6s, 6s Plus, iPhone SE, iPhone 7, 7 Plus, iPhone 8 or 8 Plus, then you have Apple Pay and it works through the Touch ID fingerprint sensor in the Home button.

Rest your finger on Touch ID, hold the top of the iPhone near the card reader screen, and you’re done.

But though it’s easy to use, you still need to get the hang of it. Try it out now.

So, what do you want me to do, exactly?

Then you’re doing it right! Actually, although you can’t see it, something is happening: the iPhone is noticing your finger or thumb and has started looking for the nearest card reader. If there isn’t one there, it won’t show anything on the screen, but it’s working.

Wait! Something did happen. I’ve got Siri.

Okay – this is the commonest Apple Pay error, so don’t beat yourself up. You pressed instead of just touching the Home Button.

Remember, and this is the key thing to remember:

It’s really easy when you first use Apple Pay when you don’t see anything to panic or whatever. This is the learning hump, but it’s soon conquered. 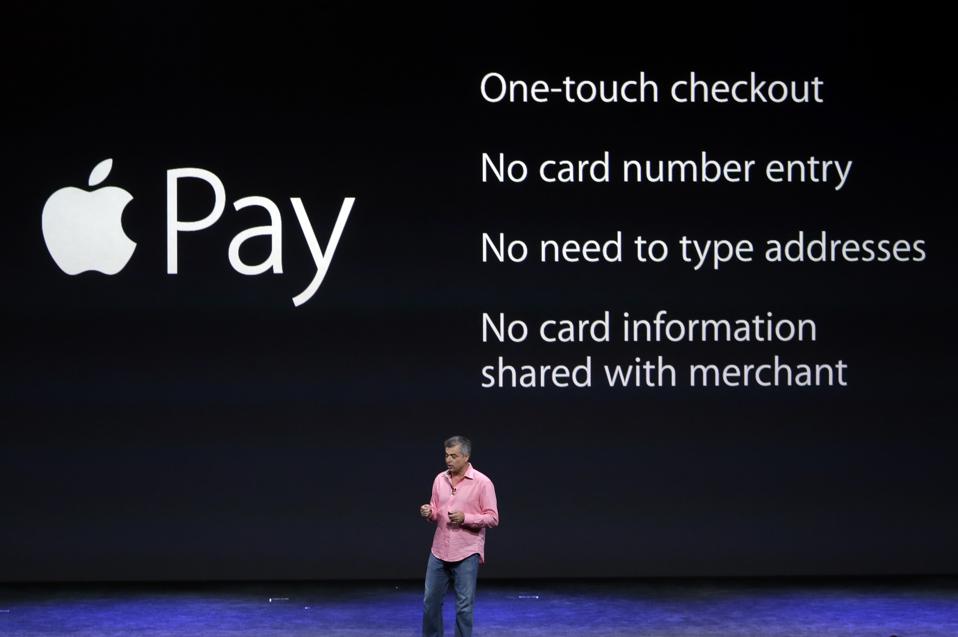 Okay, so how do I use it in real life?

Note that double-clicking when the phone is not on the lock screen has a different function, in which case all you do is rest your finger or thumb on the Home button as above.

Apple Pay on the iPhone.

When there’s a card reader right there, the display will show the credit card you’re paying with. If you have several, now is the time to choose the one you want if it’s not the one showing before you get within an inch of the reader. Tap the card and swipe between them to the one you want.

Then you’ll see an animation onscreen confirming the purchase with a tick and you’re done. It’s really quick.

Don’t worry, you can pre-arm Wallet. This is particularly useful if you’re using your iPhone to board a bus or the Tube in London, for instance.

You can pre-arm Apple Pay so it’s ready to go when you need it.

As you walk up to the reader or Tube ticket barrier, double-press the Home button to wake your iPhone and launch the Wallet app. You can choose which card you want to pay with. Select it and touch the Touch ID button. The iPhone will identify you.

You then have 60 seconds to pay, without having to touch your finger on Touch ID again. And it means that for that minute, the iPhone is ready to pay instantly. It will speed up the line considerably.

If you mis-time it and you’re still waiting to get to the barrier after the minute, just repeat the procedure.

The newest iPhone uses facial recognition, called Face ID. So, the process is a little different (though very similar to the way it works on Apple Watch).

Like on earlier iPhones, you don’t need to wake the screen from standby, although raising the phone will wake it to the home screen.

Either way, as you’re getting ready to pay, simply double-press the side button and you’ll see the Wallet app launch while the iPhone looks for your face to confirm it’s you. You can select which card you want to use by tapping it.

Glance at the screen and once it recognizes you, an animation will show a smiling face in a circle which morphs into an iPhone and the words ‘Hold near reader’.

This is a process like the pre-arming outlined above, so it means you now have 60 seconds to hold the iPhone to the reader. Miss that deadline and the screen shows the words ‘Double-Click to Pay’ on a virtual button that expertly matches where the side button sits.

I’m pressing on the display right where it says Double-Click, and it’s not working.

You’re far from the first person to do that. In fact, if you look closely, you’ll see the words are sliding right and left, mimicking the movement of the side button.

See that Double-Click instruction? It doesn’t mean on the display…

That’s right, as you’ll have guessed by now, it’s the side button that the iPhone is imploring you to double-press. It’s perhaps not that obvious until it’s pointed out…

You’ve now learnt everything there is to know about Apple Pay on the iPhone. Congratulations, and happy spending.

What Nobody Told You About WWDC 2018: How Apple Quietly Revealed Its Future Secrets

The 10 Most Exciting Apps Of The Year: Apple Design Awards 2018